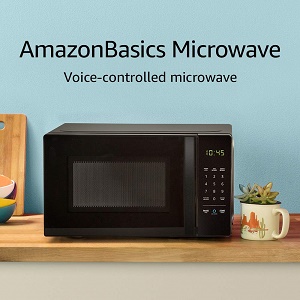 If you’re like most people, you’re extremely busy, so you frequently use a microwave to heat something up or to cook a meal. But often when you do that, you have to look up the time it takes to cook certain foods. One way to avoid this is by using a voice controlled microwave. More
Read More 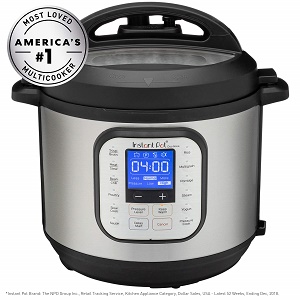 Getting a meal cooked can be a big production. It takes time, plus a lot of effort if you’re making more than one food item. That sometimes means you need to use several different kitchen gadgets in order to get everything done. Or you could try an instant pot since those are so versatile. The
Read More 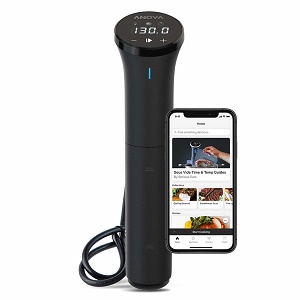 You want delicious, upscale restaurant-worthy food at home – but it’s difficult to duplicate the same taste, especially when it comes to meats like steak or certain types of fish. Well, let me suggest you try out a great kitchen tool like a sous vide precision cooking device, which can cook meat as well as
Read More 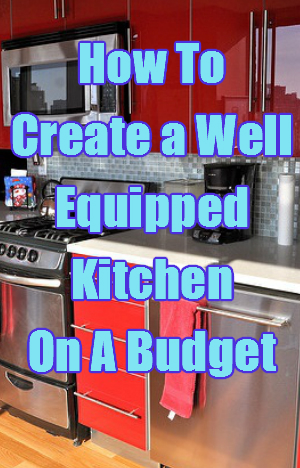 You might be surprised to hear that it is a real possibility to have a well equipped kitchen complete with everything you will need while keeping to a strict budget. Especially if you are just starting out with your first kitchen in your love nest for two. The secret is in building a list of
Read More 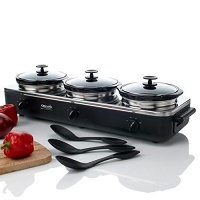 A slow cooker or crock pot can be of great benefit and the triple slow cooker give even more. Three separate foods can be slow cooked instead of just the one. Models such as the Farberware 3 Crock Slow Cooker, Farberware 3-Crock 2.5quart, Rival SCRBC909-BS and the MaxiMatic EWMST-325 Slow Cooker have all been selected as
Read More

Attempting to keep all the kitchen appliances in the same color scheme can be a challenge although a challenge that’s worthwhile. The red 4 slice toaster is just one example of the problem. Not only finding the right color of toaster, but also one that will do everything you want. This post features a selection of 4
Read More 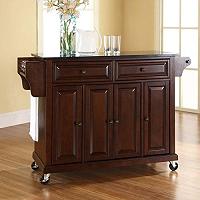 If a granite top kitchen cart is on your list of wants, the following past features 3 top models that would grace any kitchen large or small. Models featured are by makers such as Crosley, Home Styles and linon who have brought some models to the market that have now become popular with homeowners. Granite tops in
Read More

Whether we like it or not, shopping is a chore that needs to done. Ok, some shopping can be that much more pleasurable than others, but the main joy from shopping can be the fact that we have chosen the products wisely.

These wise choices need not be simply random and pure luck. Armed with the right research I have found my percentages of better choices have improved many times over.

Mostly anyone could do this if they have the desire and the time, or at least a bit of help from someone who already does.

On the site you’ll come across product reviews as well as articles about certain item in use in most of our homes and gardens. Hopefully you will find the Home and Garden Care site useful and visit again, thanks.

We use cookies to ensure that we give you the best experience on our website. If you continue to use this site we will assume that you are happy with it.Ok