My first introduction to the Coast HP21 LED torch light was when my car broke down, as they do when it’s dark and quite a distance from the nearest town. Not knowing what the problem was, I put on the hazard warning lights, kept the headlamps on and lifted the hood.

Not a 100% sure of what I was looking for apart from a slack connection, I fumbled around with nothing more than a lighter in my hand. It’s funny now when I think about it, but not then in the dark.

Lucky for me a friendly fellow traveler pulled up and offered to help. I explained my problem and he immediately returned to his car.

That was when I literally saw the light regarding the Coast HP21 LED torch light. All of a sudden when he left his car, the whole area was awash with light from this flashlight he held in his hand. Lucky for me, the friendly motorist knew quite a bit about the workings of car engines. He soon got my car working again and advised me to get it checked out more thoroughly at a service station.

I thanked him kindly for his assistance and made a point of enquiring about the torch he was using and how it gave such an extremely bright light. Taking it over to the car headlamp, he explained in a bit more detail about the name and model, which turned out to be a Coast HP21R LED Flashlight.

He went on to say, “Apart from being a very handy gadget for using around the home and garden, it goes with me any time I go out in the car”. I can well understand why because I now have followed in his footsteps and purchased my own.

Using My Coast HP21 Torch When The Electric Goes Down

During many storms that we have the electric supply will often go down. Nowadays to combat all the inconvenience of having no electric lighting, apart from having my battery operated outdoor lights installed the Coast HP21 is always in a handy situation where I can lay may hands on it. 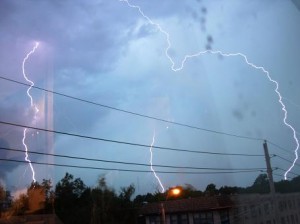 That covers the outdoor and indoor lighting situations and for heating I use a 12 volt battery operated portable heater. Not great but better than nothing you can get more details on this page, best portable car heater.

I have modified the ceiling light fittings in such a way, that my LED torch light will slot into it. Actually it’s more of a piece of chord tied to the fitting, but it  fills the room with light in only a matter of seconds.

I set the torch setting to flood and it gives us all the light we need and the surprising thing is there are none of the dark shadow rings that you associate with torchlight.

So I’m able to use this torch for more than just one purpose and I’m sure there will be many more uses that I will discover as time passes. Another great feature I find is the ability to control the power being used with the high and low setting. The low setting can provide enough light for general visibility and the high setting can be used as and when it is required.

Obviously the battery will drain that much quicker with the high setting and will last for over 2 hours, whereas when set at low it will last me for over 40 hours. 40 hours is a long time and with night time use it will generally last easily till the power is restored.

Again, as you would expect this is no ordinary pocket flashlight. For starters, whenever did you see a pocket light that would light up items as far as 170 feet from where you’re standing?

Ideally these are made to slip into a handbag or pocket. I’m not the only one in the family to own a pocket light, now we all have our own personal light to take wherever we go.

The batteries are similar to what you would use for a camera and are the AAA size. Always ensure that the family have a spare set, if nothing else it will stop junior from borrowing someone else’s.

Coast used to supply a free pair of LED micro pliers along with these coast torches. This set of pliers has 13 handy little tools that would suit many emergency situations.

Most of the tools found on the Swiss Army type of knife have been added to these pliers. Such as saw, blades, screwdriver and even another small torch to enable you to see everything close up.

Worth checking to see if the offer has come back on again or just type in the torch model into the Amazon bargain finder on the top right hand side over there to see what their latest deals are.

Below you’ll find a couple of videos to give you a better idea of what the Coast HP21 looks like, see the first video. In the second video you will find a comparison done between a Toyota truck and the Coast HP21 which is the large Coast model similar to my own one that I spoke of earlier. I’m sure you’ll agree that the results are pretty spectacular.

Bearing in mind the technology used in the creation of these truck lights, not to mention the money involved in designing and producing this truck lighting system. 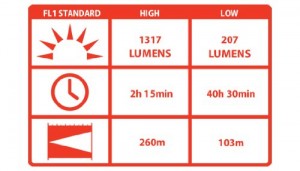 For anyone interested in preparing themselves from being left in total darkness, here are a few more detailed points it’s worth knowing about Coast torches and the H21 in particular.

Details like the dimensions and the weight which might be important if contemplating getting hold of one. The length of these flashlights is a whopping 15 inches and the weight is a whole 5 pounds. Definitely no lightweight, but if it’s a lightweight torch your after then it’s the Coast pocket torch light that you need. Neither will a 15 inch torch fit into a handbag or even a pocket for that matter.

This LED torch light is powerful. In order to have so much powerful light at your fingertips it requires large batteries to power it up and give a sustained powerful light. The technology behind Coast torches gives us this in varying degrees obviously more for the H21 and to a lesser degree for the pocket versions.

Not everyone will be familiar with the term of Lumens, the term used to give a measurement of light. So to give some idea of the equivalent of Lumens, the H21 gives out 1317 Lumens which is the same as a 75 watt incandescent light bulb. That’s the power that can be expected from the Coast HP21 torches on full power.

I have made a list of other quality Coast LED torch lights here to give you some idea of what they have in their range. You might be pleasantly surprised by finding one that would suit your needs to a tee.

The Coast HP7 is a convenient size to be used in most everyday occurrences. You can select between the higher output of 251 lumens or for the lower output which is 58 lumens.

The Coast PX20 has one red and five white LEDS and can be individually controlled. The red light is ideal for when you don%u2019t need all that much light, which will conserve the batteries and the white light is used when a stronger light is required.

Get High Performance Focusing From The Coast HP17TAC 615 Lumen

The Coast HP17TAC LED torch gives the option of having a low output 64 lumens setting, a higher 615 lumens and the powerful strobe setting.

The Coast LED 7456 can be safely used in water up to meters deep due to its waterproofing design. This makes it the ultimate torch for divers and all underwater activities.

Hope you found the review useful and found your ideal LED torch light. If you do travel around much at nighttime, then consideration should be given to the possibility of a breakdown.

Having a backup could prove crucial and the Coast HP21 would provide that and more!